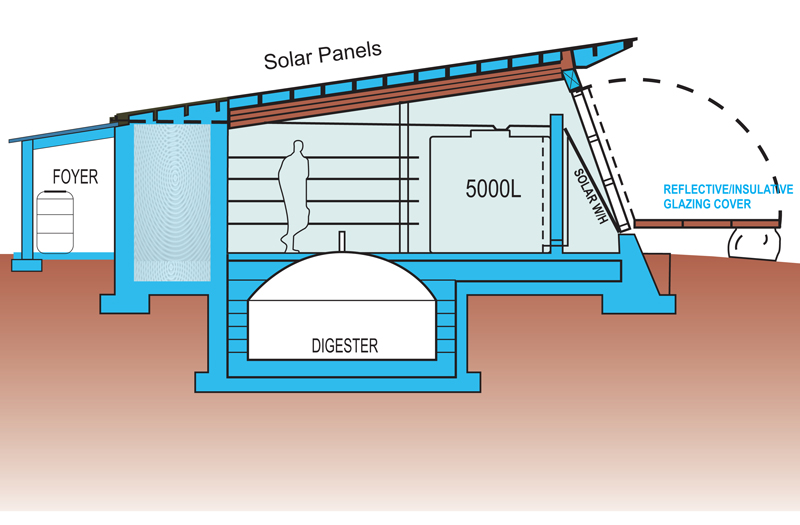 MOUNT EVEREST, OUR PLANET’S HIGHEST PLACE, SHOULD BE AN EXAMPLE OF PRISTINE, NATURAL BEAUTY

With so many visitors each year and so many expeditions on the mountain, keeping the environment clean has become a pressing issue. Human waste now poses a serious health risk to locals. “When water seeps through the ground, it looks clean because it’s filtered through the soil. But it has a lot of pathogens due to human waste, which makes it unsafe for the local community,” says Mike Marsolek, associate professor at Seattle University, who is working on the project jointly with Bed Mani Dahal of Kathmandu University.

The idea to find a solution was first conceived around a decade ago. Dan Mazur, a Hillary Medal recipient and a mountain guide who leads expeditions up Everest, was all too aware of the impending problem, ever since commercial expeditions took off in the early ’90s. According to The Himalayan Database, while there were 77 successful ascents between 1985 and 1989, that figure escalated to 634 in 2015-17. Add to that the expedition support staff, and Everest sees a civilisation at base camp during the climbing season each year. Mazur got together with Garry Porter from Engineers Without Borders to conceptualize a biodigester that could convert the human waste into methane gas, which could be used by the local community for cooking.

The Everest Biogas Project has received the endorsement of the UIAA Mountain Protection Award, has been featured in The Economist, on CNN, in the Washington Post, and on Thurston Talks. After extensive research and perfection of the design, the Biogas team are fully engaged in raising awareness of, and funds for construction of the facility near Everest Base Camp in 2019. Please give generously to help deal with harmful impacts of untreated waste on Everest, and please share this appeal with all of your family, colleagues and friends Need more information? Please read down further and contact info@MountEverestFoundation.org . Website: www.CleaningUpMountEverest.org

“Take only memories, leave only footprints” is more than a clichéd hiking motto at the Sagarmatha National Park in Nepal. The large box of rocks sitting next to the metal detector at the local airport is a testament to that: tourists departing from Mount Everest have to dispose of material they have collected before stepping onto the dauntingly short runway. Fulfilling the second half of this mantra, however, is harder. Tens of thousands of tourists leave more than just footprints. They have created a mountain of faeces, which is becoming an environmental problem.

In 2017, 648 people reached Everest’s summit, more than seven times the number two decades ago. Many more make it to base camp. Currently, toilet waste is carried and dumped into pits near the town of Gorakshep, an hour’s walk down the mountain. The amount of waste is increasing fast, says Budhi Bahadur Sarkhi, a porter who has been carrying poo from base camp to these pits for 12 years. When Mr Sarkhi started there were seven porters hired for the job. Now there are 30.

Dumping sites are filling up quickly, and the run-off is infiltrating the region’s water channels, some of which feed into wells that supply drinking water. When tests were done at nine water sources in the region, seven were contaminated with significant levels of E. coli. The presence of human by-products in the water, like nicotine and sunscreen, suggests that the contamination came from human faeces, rather than that of the many local yaks.

One innovative solution could help. The Mount Everest Biogas Project, led by two mountaineers, hopes to install a biogas reactor in Gorakshep at the start of next year. All of the faeces from base camp would then be converted into two by-products: fertiliser and methane gas, possibly for cooking. In which case the mountain would be a little less brown and a little more green. For more information:https://www.summitclimb.com/news/mef/mount-everest-toilet-problem

The end products will be methane gas, which can be used for cooking or lighting, and effluent that can be used as fertilizer for crops.

"It takes a nasty product and makes two products that can be used by the Nepali people,"