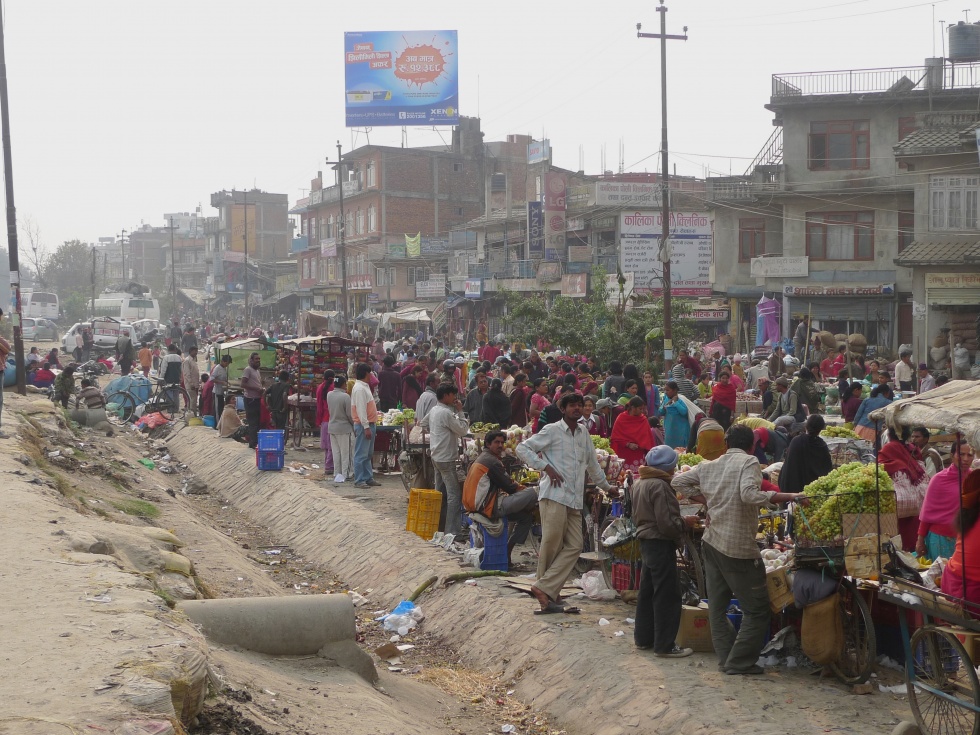 I get asked often, why Nepal? Why is The Mountain Fund working so hard in Nepal?  The article below I didn't write and I don't know the author personally. It appeared in the newspaper in Kathmandu, I've checked the facts, they are correct. I think this will answer the question, why Nepal?

Slide into Africa    SUKHDEV SHAH
For all intents and purposes and according to the GPS Nepal continues to be in Asia but, looking at the economic map of the world, it is becoming increasing clear that the country is rapidly moving towards joining our ancient ancestors in Africa—in Sub-Saharan Africa to be more specific.

This view of Nepal is based on the latest World Development Report (WDR), 2012, which is the world’s economic who’s who. It is a fascinating document for a quick overview of the countries’ economic status, individually and in groups. The WDR, published by World Bank annually since 1979, lists all countries and territories in the world and provides useful social and economic data for a quick glance as well as for in-depth analysis of special issues of interest.

This year’s WDR is devoted to the issue of Gender Equality and Development. In a foreword to the Report, World Bank President Robert B. Zoellick writes, “Gender equality is at the heart of development. It’s the right development objective, and it’s smart economic policy.” There is very little to disagree with this statement.However, the gem of the report can be found in its data pages, especially the data series called Key Indictors of Development. The principal economic information contained in the table is the listing of per capita incomes and growth rates of 128 countries. Supplementary tables also give data on poverty, economic structure, trade, aid and cross-border financial flows.

Countries at the bottom of the heap—the poorest of them—happen to be exclusively from the African domain, concentrated in Sub-Sahara, with one surprising exception—Nepal, with a per capita income of $490! Besides Congo and Burundi, very few countries are poorer than Nepal. The list includes Liberia ($330), Sierra Leon ($340), Niger ($360), Ethiopia ($380), Mozambique, Madagascar and Togo (the last three at $440 each).

Looking at Nepal’s neighborhood, the closest basket-case country appears to be Bangladesh, with a per capita income of $640 but this comparison isn’t fair, since Nepal was much ahead of Bangladesh just 20 years ago and, more importantly, Bangladesh’s per capita income growth now is almost twice that of Nepal.

Among the regional countries, the Star performer is the Maldives at per capita income of US $4,290, followed by Sri Lanka ($2,290), and Bhutan ($1,920). Even India, with its huge population and historic poverty, now, with $1,340 per capita income, is three times richer than Nepal, compared to equal economic status the two countries shared 30 years ago.

Although the country doesn’t have commercial quality mineral deposits and sea access, overall, it is endowed with diverse natural resources, decent rainfall, a pleasant climate, and superb tourist sites. And, finally, Nepal can boast the world’s largest reservoir of hydroelectricity potential, measured on a per capita basis.

Looking at human resources, Nepal remains well-endowed—not only in terms of just raw numbers but also the overall education level, technical skills, and the ease of adaptability of its adult population to varying working conditions. For one thing, the country’s education performance has shown remarkable improvement over the past four decades, with adult literacy rate now up to 60 percent, from around 5 percent in 1950.

In contrast, all of the African countries matching Nepal’s level of poverty face serious handicaps in invigorating the growth process and sustaining improvements in living conditions. All of them face extremely arid conditions and, as such, are inhospitable for primary activities—agriculture, forestry, ranching and dairy farming.

The main livelihood support comes from the tending of livestock at subsistence level, with little connection to the rest of the economy. Commercial services like transportation, construction, banking, health and education are limited to urban centers and government jobs are the only reliable source of cash income. Moreover, the frequency of conflicts and upheavals affecting large countries in the region—Liberia, Congo, Mozambique and Sierra Leon—have posed a different kind of challenge to the development effort.

It is then amazing why Nepal would tie with counties that do not come even close to it in terms of development potential. Also, Nepal’s development history goes back over half a century, with its first Five-Year Plan launched in 1956. Most of all, Nepal’s development efforts have been aided handsomely by foreign donors, with the amount of assistance currently made available about US $2 billion a year.

At the same time, the country’s own contribution to the development effort—in terms of self-financed funding of projects—reflects a high-level commitment to the promotion of growth and development. In fact, the most recent World Bank data show a national investment rate of 29 percent of GDP, which is over $4 billion every year. This level of investment is matched by no more than a quarter of the world’s countries, most of them many times more prosperous than Nepal.

There should be no secret then why Nepal’s development effort has lagged—absence of concrete improvements in living conditions consistent with its development potential and the massive aid available for investment.

My view is that development has been pursued as a facade and used as a sort of smokescreen—for making use of nation’s predicament, its immense and continuing poverty—as a selling point for securing development aid. Not to lag behind in development effort, the government has imposed extraordinary taxes on the population (mostly to impress donors) that hurts private businesses and pushes the productive parts of the economy underground.

Foreign donors to Nepal have been smart enough to admit the government’s failings—in terms of carrying out shoddy development programs and inventing excuses for non-performance. However, they have been reluctant to put a stop to it. The truth is that foreign donors determine the level of aid the country receives based on poverty indicators but they fail to react when poverty indicators stagnate or trend upward.

There is then no mystery why Nepal remains a poor country and faces a bleak future. This is because of the immense misuse of public money and public’s as well as donors’ inability to press for accountability.